Grazie, “Leggi con Ely!”  Thank you, “Read With Ely!” Thank you also to translator Daniela Mastropasqua and editor Adelia Marino. The Italian edition is available here on Amazon.it and here on Amazon.com.

The first Italian review for Julia’s Gifts (Italian edition), with English below:

A hymn to life, joy and hope seen by the eyes of the protagonist who matures while remaining in her nature as a dreamer. An example of a realist woman with her feet on the ground.
Recommended. Vote 5/5

Another great homily from Fr. Lankeit:

There are still dissident  theologians who proclaim that Catholic couples are not bound by Humanae Vitae. However, these theologians obviously have not lived a married life in obedience to the Church and to Humanae Vitae. They have also not experienced the benefits of such obedience.

If therefore there are well-grounded reasons for spacing births, arising from the physical or psychological condition of husband or wife, or from external circumstances, the Church teaches that married people may then take advantage of the natural cycles immanent in the reproductive system and engage in marital intercourse only during those times that are infertile, thus controlling birth in a way which does not in the least offend the moral principles which We have just explained. (HV 20)

Natural Family Planning (NFP) is the method of birth regulation that Pope Paul VI was referring to. While he may not have known the all the benefits of such a method, with Humanae Vitae, he confirmed and proclaimed the 2000-year consistent teaching of the Church that artificial methods of contraception were immoral.

NFP provides many benefits that not only promote healthy living, this remarkable method of birth regulation fosters authentic married love and is also environmentally friendly.

There are no harmful side effects for either the husband or wife. It is completely safe, 100 percent natural, and involves no potentially harmful devices or drugs.

There are no pills, invasive procedures or long-term drugs. Women who use NFP know more about their bodies and can discover health problems sooner.

Used and taught properly, NFP can be 99 percent effective in avoiding pregnancy. In our experience as an NFP user couple, we have never had an unplanned pregnancy in 36 years. NFP can also assist some couples in achieving much-wanted pregnancies without chemicals and operations.

NFP costs very little to use

In this economy, NFP is very cost effective. Other than the cost of the course, materials, and the replacement of thermometers, NFP costs very little to use over a couple’s 20 to 30 years of fertility, compared to purchasing condoms, diaphragms, pills, and other chemicals or operations over a period of 20 to 30 years.

NFP does no harm to the environment like some of the chemical methods of contraception. There are now software programs (like Cycle Pro and Kindara) that keep track of all pertinent information on a woman’s iPhone, Android, iPad or computer. If using paper charts, they can be recycled and there are no chemicals or other devices used.

One of the most incredible benefits is that NFP is marriage insurance. In a study done by the Couple to Couple League, couples who used NFP had a less than two percent risk of divorce compared to the national secular average of 50 percent. On average, couples who use NFP have better communication than couples who contracept.

Married couples who use NFP are spiritually healthy because NFP fosters authentic marital love and allows a couple to love as Christ loves: freely, totally, faithfully and fruitfully.

NFP is not like the old rhythm method, which depended on regular cycles. NFP’s charting system works with a woman’s present signs of fertility.

Image copyright James and Ellen Hrkach. Please do NOT use without permission.

I’m joining with Carolyn Astfalk and Catholic Mom for An Open Book.  With the recent allegations about Bishop McCarrick, the PA Grand Jury and the Vigano letter, I’ve been reading a lot to escape the news! Here’s what I’ve been reading this past month: 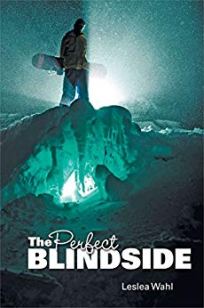 The Perfect Blindside by Leslea Wahl

Amazon Synopsis: Fresh off a championship medal, Jake Taylor’s parents have dragged him to a middle-of-nowhere town in Colorado, far from where he wants to be. Smart and savvy, Sophie has spent the summer before her junior year of high school avidly following Jake Taylor in every article she can find, but now she sees the “truth” behind the story — he’s really just a jerk. When the only thing they can see is each other’s flaws, how can Jake and Sophie work together to figure out what’s really been happening at the abandoned silver mine? Follow Sophie and Jake into secret tunnels as they unravel the mystery and challenge each other to become who God wants them to be.

My review: This is one of the books I received at the most recent Catholic Marketing Network Trade Show and Catholic Writers Conference. The Perfect Blindside by Leslea Wahl is a delightful story about Jake, an Olympic silver medalist in snowboarding, and Sophie, the only girl in town who’s not impressed with Jake’s celebrity. Add a mystery about the town’s mines and a little romance and you get a delightful and entertaining book for the entire family. Highly recommend!

The Virgin Mary and the Theology of the Body by Fr. Donald Calloway

My review:  This is another one of the books I received at CMN and CWCL.  It’s a moving collection of essays from TOB experts on how Our Blessed Mother brings forth TOB in a beautiful and deep way.  It’s easy to read one or two essays per day.  It can be a bit dry, but the message is profound. 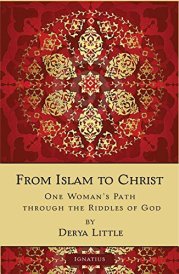 From Islam to Christ:

Amazon Synopsis: Born and raised in Muslim Turkey, Derya Little wandered far and wide in search of her true home. After her parents’ divorce, she rejected her family’s Islamic faith and became an atheist. During her stormy adolescence, she tried to convince a Christian missionary that there is no God but was converted to Christ instead.

Derya’s story provides a window into both Islam and modernity. It shows that the grace and the mercy of God know no bounds.  Rather, the good news of salvation in Jesus Christ reaches souls in the most unlikely places.

My review:  This was well written and quite interesting.  I didn’t know too much about the Muslim religion so it was educational.  I recommend this book for anyone who is interested in one woman’s conversion from Islam to Christianity.

Sons of Cain by Val Bianco

Amazon Synopsis: An ancient group of twelve unspeakably powerful men are prepared to implement mass medical suicide in the United States. Already in control of the Congress and the Presidency, all that they lack is the Supreme Court. The only thing standing between these SONS OF CAIN and the lives of the Court is a small group of dedicated warriors.

Wealthy ex SEAL, Nick Rieper and his dozen “Knights of Longinus” have pledged their lives and fortunes to battle international Satanism. Battle is joined as they engage the Cainites and their demon leader, Namon, in mortal combat.

My review: I’ve already read this book a few times, but always enjoy going back to it and reading it again.  Powerful story, given the current crisis in the Church. Highly recommend.

A Marian Novena of Healing and Peace by Marge Fenelon

Amazon Synopsis: Do you want to be well? Believe it or not, our answer to that question is often no. We want to be vindicated, excused, hidden, and even at times patronized for the wounds we’ve suffered. Our complex elationships with parents can be especially difficult to resolve. Marge Fenelon uses her own experience with her mother to guide us to desire authentic healing.

Mary is the answer to our need for healing. She cares about the pain we bear because of the way we’ve been treated and hurt by our mothers. She cares not only about the fact that the pain is there, but also about how to help us heal from it.

From Across the Pond by Linda Goodlin

Amazon Synopsis: When Joseph Millward loses his job in Wales, he decides to join his brother in America. Joseph and his wife, Anna, make the long journey “from across the pond” to begin a new life in the coal patch town of Rocktown, Pennsylvania where Polish, German, Slovak, Irish, Italian, and Welch immigrants assert their indomitable spirit. A mine explosion has dubious consequences; is it an accident or murder?