Waltham, MA (August 15, 2015) – Live the Fast, Inc., a non-profit organization that provides nutritious breads and educational materials to encourage prayer and fasting, has announced that it will lead a prayer and fasting novena for Pope Francis’s upcoming visit to the USA next month. Fast4Francis is an opportunity for participants to embrace the Pope’s visit as an invitation to a deeper faith life and to pray for his safe travel leading up to and throughout his visit to the USA.

Darcie Nielsen, Assistant Director of Live the Fast, says “Prayers (novenas) and fasting together are powerful tools used in preparation for important events. This is a proactive effort to stimulate a fervent environment of prayer and faith for our Holy Father’s visit.”

The Fast4Francis novena will take place September 18-26, the nine days leading up to the pope’s arrival in Philadelphia. Anyone from any faith may take part in the nine day fast. There are various tracks of fasting that participants can take part in. All tracks of fasting involve giving up certain foods, praying the prayers of the novena and taking part in a sacrament (like Holy Mass or Reconciliation). For example, Track 1 involves giving up coffee, Track 2, fasting from snacks and dessert, Track 3 involves skipping one meal, Tracks 4 and 5 bread and water fasts. Since prayer, fasting and almsgiving are inseparable, participants are invited to choose one of the Works of Mercy as well. Participants may also begin in one track and move to another or combine tracks during the nine day novena. For those who cannot fast, spending more time in prayer and/or going to adoration for the nine days is an ideal alternative. As well, fasting can also entail giving up social media or television.

Pope Francis has said, “Fasting makes sense if it really chips away at our security and, as a consequence, benefits someone else, if it helps us cultivate the style of the good Samaritan, who bent down to his brother in need and took care of him.”

To sign up for Fast4Francis reminder emails and for more information, resources and prayers, check out the event’s website at www.fast4francis.org. Here you can read the prayers for the novena and learn about the different kinds of fasts.

For those interested in bread and water fasts (for Fast4Francis and for fasting throughout the year), fasting breads provided by Live the Fast are made with unbleached and untreated flour, with no additives and preservatives and with a variety of flavorful, nourishing ingredients that will help one maintain and finish a bread and water fast. Fasting kits also include prayer and fasting guides to aid a healthy fast.

NOTE: Live the Fast strongly urges you to consult your physician before beginning the practice of fasting.

About Live the Fast
The mission of Live the Fast is to encourage the practice of prayer and fasting by providing a variety of exceptional, all-natural, nutritious breads, along with educational resources and a support community that will inspire one to live the fast. Inspired by the words of the Blessed Mother at Medjugorje, the Live the Fast team ministers to share the spiritual and physical benefits of fasting while teaching how to do it safely and effectively. For more information: livethefast.org 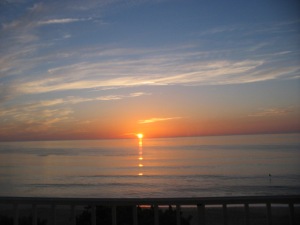 My latest post from Catholic Mom is entitled Children: A Living Reflection

Thus the couple, while giving themselves to one another, give not just themselves but also the reality of children, who are a living reflection of their love, a permanent sign of conjugal unity and a living and inseparable synthesis of their being a father and a mother.” St. John Paul II, Familiaris Consortio (On the Role of the Christian Family in the Modern World)

Children are indeed a “living reflection…a living and inseparable synthesis” of a married couple’s love. This can be evident physically (as children often look like a combination of both parents), but is evident spiritually and emotionally as well.

It is also been said that the greatest gift you can give to your children is to love your spouse.

James and I have been blessed with five sons (now ages 16-28) but we have also faced the heartbreak of losing seven babies through miscarriage and ectopic pregnancy. Born or unborn, each of our 12 children is an unrepeatable and eternal sign, an outward expression, that we love one another.

This truth that children are a “living reflection” of a couple’s love was not something I fully appreciated until a trip to the beach many years ago.

It was a beautiful July evening and our sons (then ages 4-16) were running and playing in the sand, their laughter like sweet music to our ears. The sun was setting and the sky a brilliant pink and orange, reflecting off their bodies as they ran in the sand. Watching them, I had a ‘light bulb’ moment. “Those children exist because we love each other,” I whispered to my husband. James, ever wise, said, “And because God loves us. Pretty awesome, eh?”

Precisely because of the truth that “children are a living reflection of their love…a living and inseparable synthesis…” divorce can have a negative impact on the children (even adult children). While separation is sometimes a necessity if there is abuse, divorce is too often used because a couple “stops loving one another.” We all have a choice to love.

As a “permanent sign of conjugal unity,” a divorce can sometimes make a child feel like he is being torn in two directions. My husband, whose parents separated when he was 16, said that is exactly how it feels. So when we became engaged, James (only 18 at the time) said, “Ellie, are you sure you want to be married for the rest of your life? Because we will be together for life. We will never get a divorce. I do not want to put my kids through that.” Although we have experienced ups and downs, challenges and loss, we both know that divorce would never be an option.

A Catholic couple we know was facing divorce court. They had lived together before marriage and had used birth control for many years, eventually drifting apart. They had tried secular counseling, but it didn’t seem to work. Even before physical separation, some of their children had begun to show signs of depression and irritability. They agreed to sit down and speak with a priest. This priest urged them to try one more time, and he gave them books on Pope John Paul II’s Theology of the Body. While this is a simplification of their story, they eventually rediscovered their love for one another and are now happily married. They still face challenges, but their love for one another is evident in their relationship with each other and their children.

It is awesome to experience the gift and wonder of new life, as children are indeed the illustration and reflection of a married couple’s love. This love for one another is the greatest gift you can give to your children.

My story of love, loss and conversion is the basis of my novel, Emily’s Hope, which is available on Kindle and in print.

Three members of the Catholic Writers Guild were interviewed by Doug Keck for EWTN’s Bookmark last year at the Catholic Marketing Network Trade Show near Chicago. I speak about my fifth book, A Subtle Grace. Ann Margaret Lewis speaks about her book, The Watson Chronicles and Margaret Realy talks about her Catholic gardening books.

I’m happy to announce that I am now working part-time for Live the Fast, a non-profit Catholic organization that promotes prayer and fasting! Andy LaVallee is the founder of Live the Fast and author of From the Hub to the Heart (which I edited.)

A Subtle Grace, my fifth book and fourth novel, is a finalist in both the Romance and Historical Categories of the IAN Book of the Year Awards!