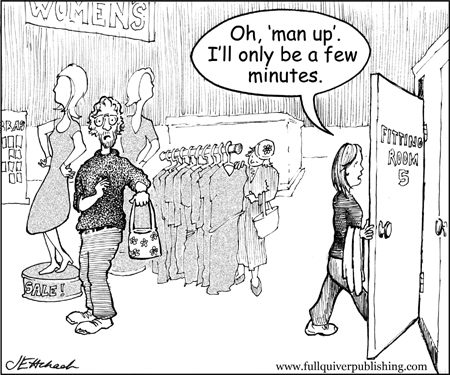 image copyright James and Ellen Hrkach (all rights reserved, please do not use without permission)

Wonderful interview of Susan Tassone, the” Purgatory Lady,” on Bookmark!

Would you like a guide to St. Faustina’s Diary? Day by Day with Saint Faustina: 365 Reflections “… is a comprehensive introduction on  how to apply the Diary,  teaching us secrets of sanctity given her by Our Lord,” author Susan Tassone tells Doug Keck on EWTN Bookmark.Day by Day has 365 daily reflections by St. Faustina on growing closer to God and Our Lady, doing God’s Will, and offering our prayers and sufferings up for loved ones and for the Holy Souls in Purgatory.  The Appendix includes, Tassone adds, the Promises from Jesus to St. Faustina for all those who would pray, promote, and trust in Divine Mercy, and to those who pray the Chaplet of Divine Mercy. 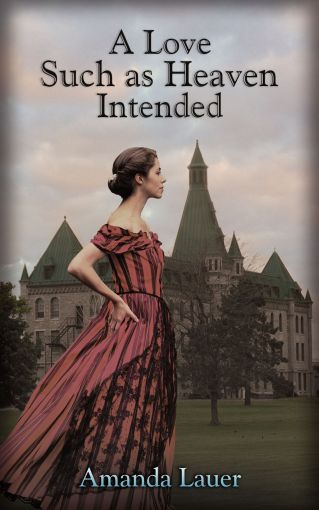 A Love Such as Heaven Intended by Amanda Lauer

Full Quiver Publishing‘s upcoming release, A Love Such as Heaven Intended (Heaven Intended #3) is now available for pre-order on Kindle.  The print edition will be available later this month.

In A Love Such as Heaven Intended, budding Civil War socialite Josephine Bigelow is inspired by the words of Louisa May Alcott to make a name for herself as an investigative writer covering the plight of Confederate soldiers held in Federal prisons. Little did she know that one of the inmates she would encounter was her brother’s roommate from West Point Military Academy.

Even though her father is a Union brigadier general, Josephine’s infatuation with the handsome Confederate soldier Michael McKirnan is rekindled. As captivating as Josephine is, the last thing Michael needs is to entangle that beauty into his life of intrigue. The strong-willed Josephine will not be deterred and their lives become intertwined as they embark on a journey of a lifetime, trying to stay one step ahead of the military and a madman bent on revenge. As they journey from Washington, D.C., to St. Louis, Atlanta, and finally East Texas, the two of them discover what love, faith, compassion and loyalty truly mean.

“A Love Such as Heaven Intended by Amanda Lauer is a sweet love story that history lovers are sure to appreciate. I enjoyed the first two books in the Heaven Intended series, so it was fun diving into the third book. We even get a glimpse at characters from the previous two books. Fans of historic fiction are going to love this!”  Theresa Linden, award-winning author

“Thoroughly enjoyable! This book abounds with the virtues of faith, hope and love.  Lauer shows us that even during times of war, love wins.” Virginia Lieto,  Author, Editor and Public Speaker

“A Love Such as Heaven Intended is a sweeping love story that is nearly impossible to put down. With equal parts intriguing adventure, fascinating history lesson, and blossoming romance, Amanda Lauer has another hit on her hands.”  Leslea Wahl, Author of The Perfect Blindside, 2018 Catholic Press Association winner

“The third installment in Amanda Lauer’s Civil War romance series matches beautiful and determined Josephine with Michael, a West Point Military Academy graduate who seems to be on the wrong side of the conflict. Filled with historical and military detail and a unique setting for a Civil War novel, A Love Such as Heaven Intended will please both fans of history and of romance.”   Carolyn Astfalk,  Author, Stay With Me and Rightfully Ours

I’m joining with Carolyn Astfalk and Catholic Mom for Open Book!  Here’s what I’ve been reading for the past month! 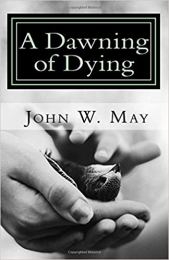 A Dawning of Dying by John W. May

Amazon Synopsis: A Dawning of Dying is a collection of poems written over the course of ten years whose themes are intended to be both existentially and metaphysically curious, if not haunting. These are poems that were inspired by feelings of dread, sublimity and elation. The ideas behind many of these works orbit around life and death, beauty and pain, the world of nature and the world of myth and superstition. The collection is also coupled with an appendix of author’s notes relating to the styles, influences, contexts, and ideas behind the selected works within the volume.

My review: This is a beautifully written book of poems, which taken individually are crafted with the author’s unique richness in language and imagery.  In his book, May admits that some of the verbiage is archaic. However, taken as a whole, these poems are an artistic beauty. The author also includes an appendix that “supports,” rather than “defines,” any given work. Highly recommend.

The Good Daughter by Karin Slaughter

Synopsis: Two girls are forced into the woods at gunpoint.
One runs for her life. One is left behind . . .

Twenty-eight years ago, Charlotte and Samantha Quinn’s happy small-town family life was torn apart by a terrifying attack on their family home. It left their mother dead. It left their father—Pikeville’s notorious defense attorney—devastated. And it left the family fractured beyond repair, consumed by secrets from that terrible night.

Twenty-eight years later, Charlie has followed in her father’s footsteps to become a lawyer herself—the ideal good daughter. But when violence comes to Pikeville again—and a shocking tragedy leaves the whole town traumatized—Charlie is plunged into a nightmare. Not only is she the first witness on the scene, but it’s a case that unleashes the terrible memories she’s spent so long trying to suppress. Because the shocking truth about the crime that destroyed her family nearly thirty years ago won’t stay buried forever . . .

My review: I enjoyed this page-turning thriller.  I’ve read several of Slaughter’s books and enjoyed them.  Her characters are extremely well-developed and the story is a multi-layered one that keeps the reader guessing until the end.  I guessed a few plot points and was surprised by others. She uses the verb LOOK way too much (only an author/editor would likely notice). And there is swearing, bad language and intense scenes, so it’s not appropriate for young teens. However, excellent read. 4.5 out of 5. 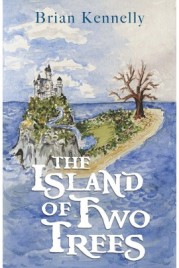 Synopsis: What would happen if you found yourself inside your father’s imagination?

This is the question Connor, Maggie, and Lucy are forced to answer in this adventure story within a story.

After creating a model island in their garage filled with castles, caves, mountains, forests, and villages, their father begins to weave a tale around the intricate craft, introducing a host of brave, mysterious, and wicked characters who serve two different magical trees for which their island is named.

But when their father begins to suffer from mysterious headaches, the children are summoned within the story—within his imagination—by the beautiful and virtuous queen. She informs them that they must confront and conquer a dark power that threatens to rip their father’s imagination apart, and in doing so, gain entry into our world.

The children set out to save their father, journeying across the very island where his story is set. Back home, as his imagination becomes cloudy and distorted, he struggles to see visions of his children and resorts to searching for signs and clues on the tiny model.

The Island of Two Trees is a soaring flight of the imagination and a tale that harnesses the power of love between a father and his children.

Review: on my to-read shelf. 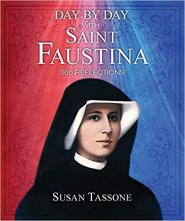 Day by Day with Saint Faustina by Susan Tassone

Amazon Synopsis: These pages bring you a beautiful collection of spiritual treasures drawn from the celebrated Diary of Catholic visionary and mystic, St. Faustina Kowalska (1905-1938).

Arranged by an award-winning and best-selling Catholic author Susan Tassone into a handy, day-by-day form, these selections from Faustina’s writings on Divine Mercy revealed to her over the years in mystical conversations with Jesus himself will help you do what Jesus told Faustina he wants you to do: trust completely in His mercy and show mercy to others.

By means of these daily readings, you’ll come to know and be enriched by St. Faustina’s Secrets of Sanctity, awakening in you the qualities of Divine Mercy that Jesus himself infused into Faustina’s soul: mercy (of course), but also trust, humility, and peaceful acceptance of God’s will for you.

In Day by Day with Saint Faustina, you’ll learn how to:

You’ll find yourself becoming, like Faustina, an Apostle of Mercy, teaching others by word and example about the infinite love and compassion of God, who is Divine Mercy.

Review: On my to-read shelf. 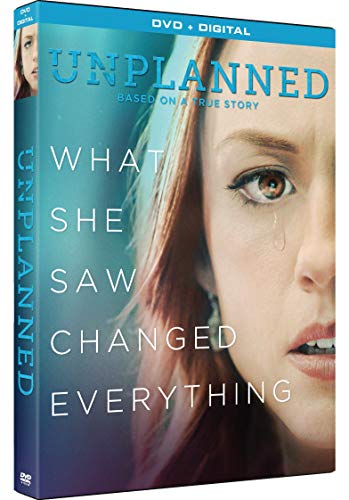 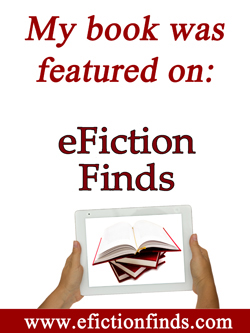